Hey there and welcome back to the
Hussy Coding blog.

Today officially begins the spookiest month of the year, that's right, it's October which means Halloween is fast approaching. A time of crazy creatures, terrifying tales and monstrous movies.

While you are preparing to slash your prices, Vamp-hire new staff for the rush and attempt to be ghoul-gle's most recommended seller there are people out there looking to make all your hard work into a living nightmare!

Cybercrime is a huge deal and can cause a whole world of trouble for businesses of all sizes and though there are many companies, software packages and methods of staying safe online the unsettling reality is that nobody is immune.

In this blog, we'll be asking the question... 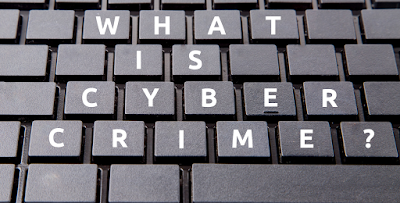 According to the Oxford learners dictionary, Cybercrime is

"crime that is committed using the Internet, for example by stealing somebody’s personal or bank details or infecting their computer with a virus"

"criminal activity (such as fraud, theft, or distribution of child pornography) committed using a computer especially to illegally access, transmit, or manipulate data"

Basically, any crime that is committed involving a computer and/or the internet is classed as Cybercrime but that's only the beginning, there are many types of Cybercrime out there. For example, there's Phishing, hacking, viruses, cyberstalking, cyberbullying, denial of service (DoS), Identity theft, fraud, ransomware, spamming and piracy just to name a few!

In 2018, a study carried out by the CSIS (Centre for Strategic and International Studies), in partnership with McAfee stated that almost $600 billion is globally lost as a result of cybercrime each year, according to the UK ONS (Office for National Statistics) around 4.5 million cybercrimes were recorded in England and Wales alone during 2018, companies in the USA reportedly suffer an annual loss of more than $525 million due to cybercrime and it is estimated that today you are 10x more likely to be a victim of cybercrime than you are of physical theft.

As well as other losses, such as stock, credibility and custom, it is clear to see that serious financial damage has been and is caused by cybercrime, one major problem is that there seems to be no central data collecting agency that gives a good model for estimating the cost of an attack, this means that we can only guess how much is lost annually to cybercrime from data that is released to the public by the organisations affected. But understand that many companies do not release this data due to reputation so even the best guess is potentially way off the mark.

Cybercrime is a huge problem and as the world increasingly turns to technology for day to day requirements it is imperative that we up our game when it comes to cybersecurity. After spending a good portion of time digging for numbers on a global scale as to how much the cybersecurity industry is worth I was unable to find a consistent estimation however the lowest number I found was $240.1 billion by 2025, which is an incredible amount considering that a lot of the cybercrime we face is preventable by normal people like you and me!

That's right! There are quick, simple and effective things that you and I can do that can help hold off the cyber attacker, keeping our data, customers and revenue safe! In this series, we will be investigating some of these simple steps as well as looking at some of the more common methods of cybercrime used today.

Thank you for making us a part of your day and we hope that you have enjoyed and found this blog to be helpful, keep up with future posts and all other things pertaining to Hussey Coding at our website and our various social media platforms listed below and as always, stay safe and have a great day!